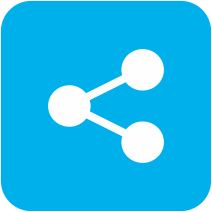 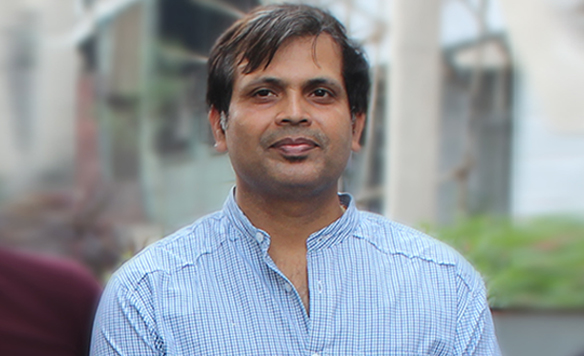 A Software Engineer by profession, an alumnus of Centre for Development of Advance computing (C-DAC) and Jawaharlal Nehru University (JNU), he is truly a multi-faceted personality. Holding an M.Sc in electronics (Physics) and qualified as Feature Film Producer and Cinema Director from Hollywood Film Institute, he started his career in Media and Entertainment industry in 2002. As an intrepid entrepreneur he established Indian Academy of Arts and Animation pvt Ltd and served as Technical Director and he is known for spearheading force behind the colorized version of K. Asif's Mughal-e-Azam and Sherlok Holmes series. As a media man to the core, he has been a freelance journalist with publications such as The Times of India and The Hindu from 1993 to 2002 and later in 2005 started a monthly magazine ANIMATION TODAY. He was appointed the Production-in-Charge of Children's Film Society, under I & B Ministry, Government of India from Nov 2010 to June 2012 and handled 17th International Children Film Festival of India better known as “Golden Elephant” in a capacity of Technical Advisor. Having overseen the digital restoration of over 100 films, he consulted PIXION-Century Communication Limited and Film Lab Pvt Ltd. He is Council Member of Gerson Lehrman Group based in Austin, TX and also Global Consultant of Primary Insight Consulting Group to consult projects globally in Technology space in Media and Entertainment segment especially in Film Archive, Film technology, restoration, colorization, Post studio and Broadcasting and distribution. As his explorations were going far too well for his liking, he took initiatives to create 360 degree perspective in business building, diversification yet focused, networking and overseas expansion and he is of the firm opinion that the visual medium has tremendous potential to entertain, stimulate and persuade consumers. He has focused on making film that are close to grass root and address to the psyche of a commoner and therefore are close to real life. He will bring out majors in the industry through Livepixel Technologies with his vast experience of 15 years. 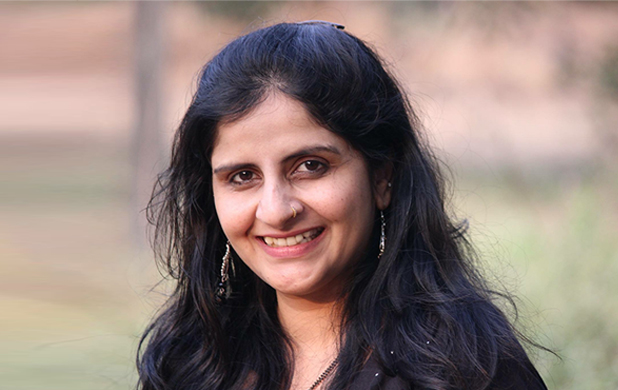 Graduated in Zoology, Uttara Dwivedi has started her career in 2003 as Creative Director and Colorist in Indian Academy of Arts and Animation Pvt Ltd and has worked on many motion picture colorization projects including colorization of ever Indian classic Mughal-e-Azam. Having passion for Art, Media and Entertainment and herself being a painter, she contributed in creating lot of artworks specializing in Landscape paintings. Later, in 2005, she started a venture Sankranti Creations, which has diversified into media, creative direction and multimedia audio visual. Being publisher of a monthly magazine Animation Today which is now the leading publication on CG, Animation and Gaming, she developed interest for creative writing, scripting and story boarding and is an associate member of The Writer's Association of India, she is working on couple of concepts for TV and feature films. Her deep knowledge and wide exposure would add great value to LivePixel Technologies' vision of creating films and animation works that are close to real life. 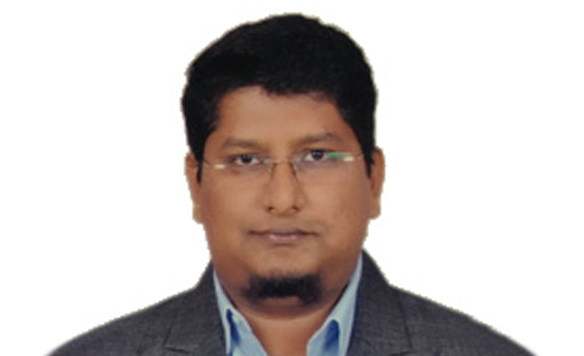 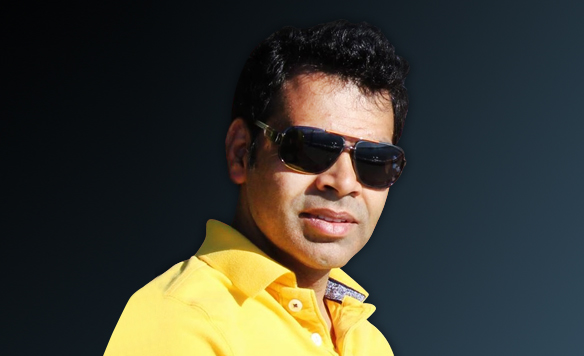 A senior consultant with over 14 years of experience in financial services industry. My expertise includes the areas of – Systems Architecture, IT Strategy, Project Management and Financial Software Development. I specialize in Risk Management, Trading, Asset Management and Market Data systems using Java technology platform. Currently working for a large bank in New York for Counterparty Future Exposure related projects. In past, I worked for Citigroup, Morgan Stanley, Credit Suisse and Barclays.

At Livepixel Technologies, we are proud of our team which is a unique composition of talented concept artists, animators, visualisers, content writers, directors and filmmakers and technology experts. We nurturing a bouquet of thinkers, creators and visionaries at their brainstorming best in all the projects. Under the leadership of our mentors, we find ourselves capable of taking every project to its best. 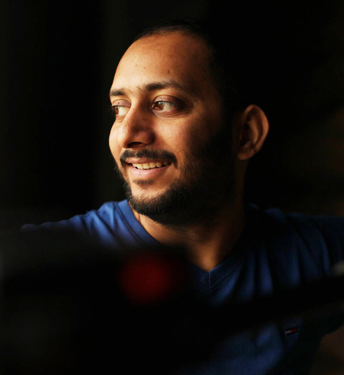 Nitin Tiwari is an Indian Filmmaker, screenwriter/author, and multimedia content consultant and has been part of some award winning and prestigious national and international projects. The core strength of Nitin Tiwari is his versatility and ease of research oriented content creation in the field of art which is highlighted by his work in almost every field and form of story-telling. The most fundamental aspect of his work is meticulous research which could be seen in the detailing of the subject matter. 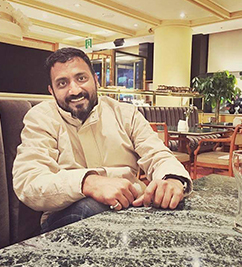 A passionate leader with first class communication skills and a long track record of successful management. Prashant Vaddadi Rao (PVR) comes with a decade and more experience of being actively involved with start ups. He has gradually scaled up to varied job roles. An inspiring and motivational C- Level executive with first-rate interpersonal skills and the ability and passion to develop the vision of any company he manages. He is able to push performance improvement whilst at the same time delivering growth. Possessing vast Strategic Leadership experience he will always ensure that clear objectives and expectations are delivered and maintained. He is a bachelors’ in Business Administration & Executive MBA from NIM, and a Leadership Development Program from Indian Institute of Management, Kozhikode. For over a decade, PVR has gained hands on experience across verticals, serving customers from North America, Europe, Asia Pacific & Asia. PVR is involved in Strategy, Operations & Client Support. He brings along with him vast International & domestic experience and customer centric approach. As a key strategist he oversees Business Development, Client Acquisition & retention, building workable and scalable models. He is know to be a leader who believes in “People Enabling” over People Management. 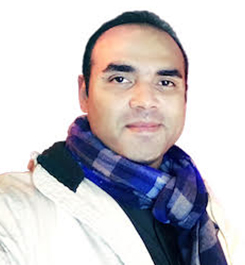 A techno-creative geek with over 20 years of creative experience, Indraneel has been credited with over 50 projects by International Movie Database (IMDB) and 37 unaccredited projects. He started his creative journey as a 3D Artist with Mega Motion Studios and then moved to creating games as an Art Director at Paradox Studios. His passion to create the Wow factor on unreal objects took him to Computer Graphics at Pixion CCL. The ability to connect to the cutting-edge creative talent at Hollywood & Bollywood productions saw him marshalling 400+ skilled artists for global project deliveries at Reliance MediaWorks. Over the years he has designed, executed & delivered various projects for a wide spectrum of clients. As Chief Imagineer & Co-Founder at D-Ammo Imagineering he is the brain that takes charge of ‘Everything Creative’. His vast experience across various aspects of gaming, 3D, VFX and immersive technologies with global entertainment & media industry enables faster & effective creative-technology solutions. As Creative Technologist with humming live, a definitive curated market network that connects people with curated content creators for all video projects – Indraneel is specially focused on solutions that blend creative artistry and technologies in enhancing the visual impact via Visual Effects, Animation and Immersive Technologies (AR /VR).

Sanjay’s passion multiplies when he is working with materials in motion and he gets very excited with experimental animation and teaching fresh and young minds. An NID graduate and recipient of a National Film Award for his short animation film “RAAH” has worked with some of the best including Sesame Streets NY, Disney Mumbai, MTV Mumbai, O&M. He was also roped in to work on projects for UNESCO, Govt of Gujarat, NID and MP Govt. He has also worked on a Big Zoetrope animation installation. He continues to teach at DSK Supinfocom International Campus, Pune and plays a vital role in LivePixels day to day design needs. 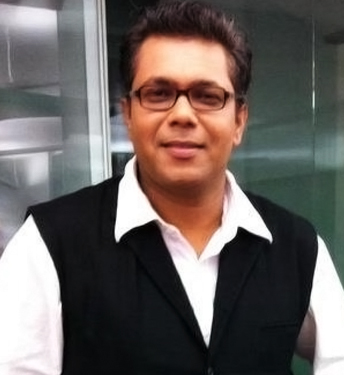 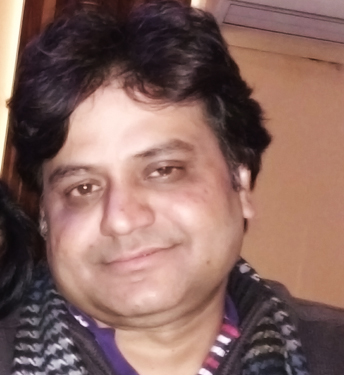 With overall 21 years of industry & academics experience to his credit, Romesh Chaturvedi specializes in television production, film making and film studies. He is an academician, a script writer and a director, all rolled into one. He has directed several documentaries, short films and other shows. His films have been nominated at various National & International film festivals. He has been associated with organizations like ETV, Lashkara TV, Media Solution Network, Sankranti Creations and Doordarshan. He also has many research publications in National & International Journals.

LivePixel constantly look for the game changers and who can transform the product to turn the eye balls! We have a list of empanelled associates who have earned fair credits with their superlative work in respective fields. They have contributed immensely for the growth of company. 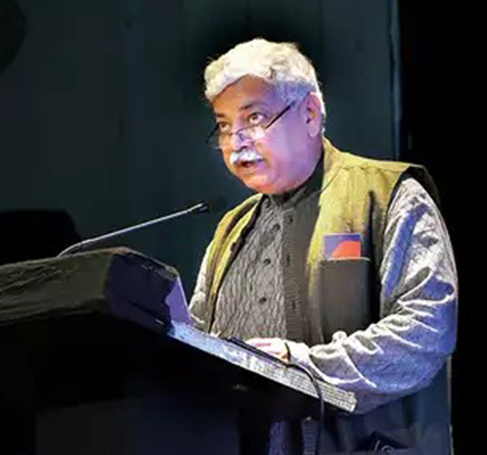 Renowned and contemporary writer and actor, Atul Tiwari is known for films like Vishwaroopam (2013), Mission Kashmir (2000), Dasavatharam (2008) and Yeh Faasley (2011). He has also done interesting cameos in 'Rajjo', 'Aakrosh', '3 Idiots' and 'Hazaar Chaurasi Ki Maa'. He has developed Creative Campaign for Madhya Pradesh Tourism and Rajasthan Tourism. Currently, he is scripting Samvidhan for Doordarshan. He will soon be seen in a Hollywood film, 'The Best Exotic Marigold Hotel 2' that stars Richard Gere, Judi Dench, Bill Nighy and Maggie Smith. The movie, shot extensively in India, is in the post-production phase, and is set to release this year. That apart, Tiwari has also acted in the Aamir Khan starrer P.K. He has scripted Vishwaroopam 2, the sequel to the controversial Kamal Haasan-starrer. Mr. Atul Tiwari is empanelled with LivePixel Technologies and given his remarkable contribution to the prestigious projects. 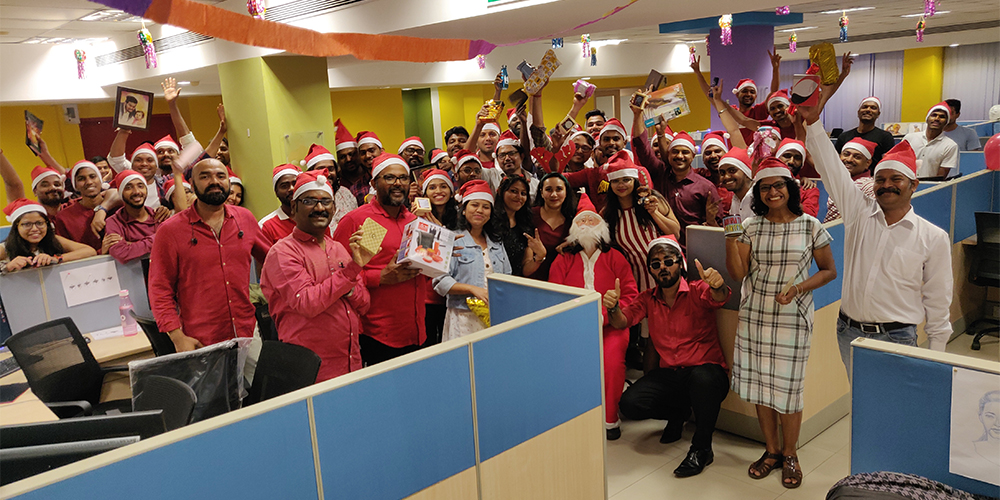 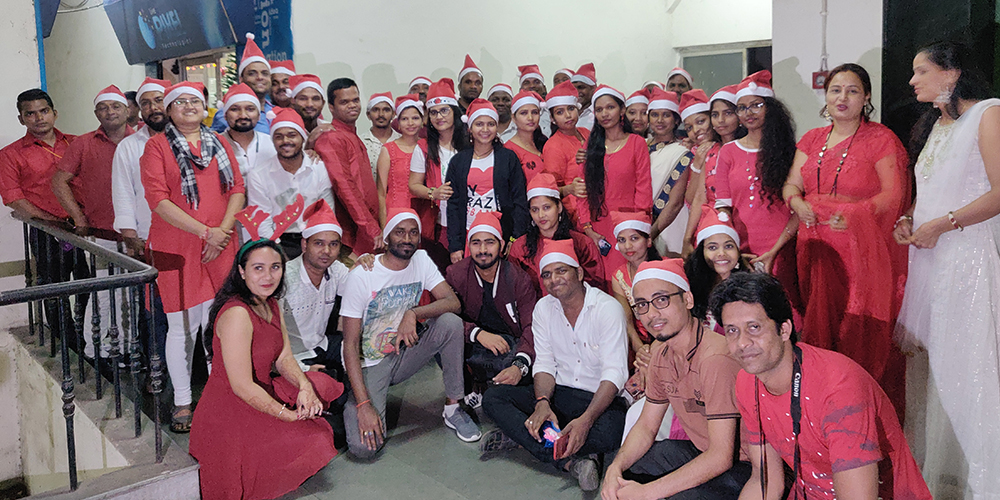